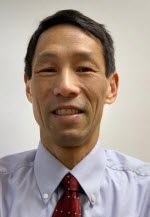 In the year that Dr. Craig Young has served as Editorial Review Group Chair in Sports Medicine, we have sent him 23 books, and he has recruited 10 expert reviewers from nine different institutions to submit reviews of 18 of them.

Dr. Young is a Professor of Orthopaedic Surgery and Community & Family Medicine at the Medical College of Wisconsin (MCW) in Milwaukee, Wisconsin. He earned his undergraduate degree at UC Irvine and his medical degree at UC San Diego School of Medicine, before completing a family medicine residency at UCLA and a sports medicine fellowship at the Cleveland Clinic Foundation.

He was the President of the American Society for Sports Medicine (AMSSM) 2007-2008. In 2012, he was recognized with the organization’s highest award, the AMSSM’s Founder’s Award, which is given annually to the individual, group, or organization “who exemplifies the best in Sports Medicine.” Dr. Young was the President of the Major League Baseball Team Physician Association (2013-2014) and is currently a team physician for the Milwaukee Brewers and the Milwaukee Bucks. A pool physician for the U.S. National & Olympic Ski & Snowboard Teams and the U.S. Olympic Committee (USOC), he was one of the USOC’s physicians for the 23rd Winter World University Games in Torino, Italy. He is also the company physician for the Milwaukee Ballet and the Skylight Opera.

Dr. Young is on the editorial boards of the Clinical Journal of Sport Medicine and eMedicine’s Sports Medicine Textbook. He was previously a section editor for Current Sports Medicine Reports. He is a coeditor of all three editions of Netter’s Sports Medicine (Elsevier). The third edition was just selected for Doody’s Core Titles 2022.