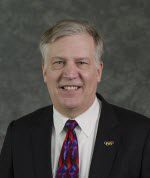 Mark R. Hutchinson, MD, has been the Doody’s Review Service Editorial Review Group Chair for the Orthopedics specialty since 2013. Since then, we have sent him and his team of reviewers 771 titles in Orthopedics, with 392 of those titles having been reviewed.

Dr. Hutchinson has served Team USA at the Rio Olympic Games, the Lima and Toronto Pan American Games, the Torino Paralympic Games, two World University Games, and the USA Gymnastics Team at the Atlanta Olympic Games. He has been named as one of three Team USA’s head doctors for the Tokyo Summer Games and the Team USA Head Village Doctor for the Beijing Winter Games. He has also served as volunteer team physician for USA Basketball, USA Soccer, USA Gymnastics, USA Field Hockey, the WNBA Chicago Sky, the World Athletic Championships, the University of Kentucky, Eastern Kentucky University, and numerous other local and regional schools and events.

Dr. Hutchinson has presented nationally and internationally on a variety of topics ranging from injury prevention to surgical techniques about the knee, elbow, shoulder, and leg. He is co-editor of the prestigious Brukner & Khan’s Clinical Sports Medicine textbook (McGraw Hill), two other books, and has authored over 100 publications including 43 book chapters, 100 invited articles and peer-reviewed publications, and over 300 book reviews. His physical examination videos on YouTube have nearly 8 million hits worldwide. One of his special research targets has been chronic exertional compartment syndrome and leg pain in athletes. Dr. Hutchinson has served or serves on the editorial board of numerous journals including the Journal of Bone and Joint Surgery, the American Journal of Sports Medicine, the British Journal of Sports Medicine, Medicine and Science in Sport and Exercise, and The Physician and Sportsmedicine.

Dr. Hutchinson is a fellow in the American Academy of Orthopaedic Surgeons and an active member of the American Orthopaedic Society for Sports Medicine and a fellow of the Arthroscopy Association of North America. He is past president of the Orthopaedic Learning Center and co-founder of AANA’s Fundamentals in Arthroscopy Courses. Dr. Hutchinson is a fellow, foundation treasurer, past board member, and past vice president of the American College of Sports Medicine. He is a dedicated educator and has received numerous teaching awards. For 27 years, he has worked with hundreds of medical students in the University of Illinois College of Medicine and he has supervised or trained nearly 200 orthopedic residents, 40 primary care sports medicine fellows, and 20 orthopedic sports medicine fellows.