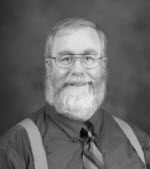 Peter J. Kennelly has served as Editorial Review Group Chair for Biochemistry since November 2019. During that time, we have sent him 45 books; 27 of which have been reviewed.

Professor Kennelly received his PhD degree in biochemistry from Purdue University in 1985 under the tutelage of Professor Victor W. Rodwell. Following postdoctoral training in the laboratory of Professor Edwin G. Krebs at the University of Washington School of Medicine, he joined the faculty of the Department of Biochemistry at Virginia Polytechnic Institute & State University [Virginia Tech] in 1989. Over the past 30-plus years, he has risen to the rank of full professor and served as head of the department from 2005 to 2015.

Professor Kennelly’s research has focused primarily on dissecting the fundamental operating principles and evolutionary development of protein regulation via covalent phosphorylation-dephosphorylation. As a graduate student, he helped demonstrate that 3-hydroxy-3-methyly glutaryl Coenzyme A reductase, which catalyzes the rate limiting step in cholesterol biosynthesis in mammals, was regulated by phosphorylation-dephosphorylation. As a postdoctoral fellow, he explored the mechanism of regulation of the skeletal muscle isoform of myosin light chain kinase by calcium-calmodulin, for which he coined the term “autoinhibition.” As an independent research scientist, Professor Kennelly was a pioneer in the identification and characterization of protein-serine/threonine/tyrosine kinases and phosphatases and their phosphoprotein targets, in the third domain of life, the Archaea, and cyanobacteria. He helped establish that the phylogenetic distribution and evolutionary history of what were formally considered exclusively eukaryotic proteins kinases was much larger and longer than previously imagined.

As an educator, Professor Kennelly has taught biochemistry and enzymology at both the undergraduate and graduate levels, in both the classroom and the laboratory. Since 2003, he has been a contributor to and, currently, is the coauthor of Harper’s Illustrated Biochemistry (McGraw Hill), an internationally respected biomedical textbook. As chair of the education and professional development committee of the American Society for Biochemistry & Molecular Biology, he led the society’s efforts to develop and implement, in 2013, an accreditation program for undergraduate degree programs in biochemistry that now includes over 100 U.S. colleges and universities. He continues to be active in the development and scoring of the program’s national certification examination for undergraduate biochemistry majors. With his colleagues at ASBMB, Professor Kennelly has contributed to several manuscripts exploring the process of developing and evaluating clear and effective questions for assessing student knowledge and analytical reasoning skills in biochemistry and molecular biology.