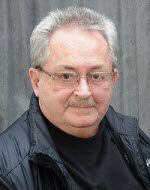 Brian R. MacPherson, PhD, became the Editorial Review Group Chair for Anatomy/Embryology in August 2019. Since then, we have sent him 27 books and he and his team of reviewers have submitted 17 reviews.

Dr. MacPherson is the James and Barbara Holsinger Endowed Professor of Anatomy and Vice-Chair for Educational Programs in the department of neuroscience at University of Kentucky College of Medicine in Lexington, Kentucky. His first 15 years in academia were spent in the department of anatomy and cell biology at University of Alberta in Edmonton, Alberta, Canada (1977-1991). In 1991, he moved to University of Kentucky at the associate professor level and was promoted to professor in 2000.

Dr. MacPherson holds a special titles position at UK College of Medicine, specializing in teaching and the development of innovative teaching techniques. He has developed computer-assisted instructional self-study programs for laboratories/atlases in basic and oral histology used by universities worldwide. During his time at UK, he has directed histology and gross anatomy courses for almost every professional student taught by the department, in addition to undergraduate, graduate level, and postgraduate medicine and dentistry. His fields of expertise are histology, oral histology, clinical gross anatomy, and embryology. He has been the recipient of numerous teaching awards at many institutional levels.

Dr. MacPherson is co-author of Atlas of Anatomy, Gilroy et al. (Thieme Medical Publishers), now entering its fourth edition in 17 translated versions worldwide, as well as the accompanying Thieme Teaching Assistant: Anatomy. He is the editor for Head Neck, and Neuroanatomy (Thieme Atlas of Anatomy), 2nd edition, Schuenke et al. (Thieme Medical Publishers, 2016). He was also concept developer for the groundbreaking Thieme Electronic Dissector, now in its second edition and used by over 8,000 medical, dental, physician assistant, and physical therapy students in North America. He is currently editing the fourth edition of Oral Development and Histology, Avery (Thieme Medical Publishers) and has recently developed a series of programmed learning modules for dental head and neck gross anatomy laboratories specifically to enhance prosection-based curricula.

Dr. MacPherson has been a member of the American Association of Clinical Anatomists (AACA) since 1992. Over the past 19 years he has held every position on the executive board, some for double terms. In 2011, he became president-elect of the association and served as president and past president until 2017. In 2018, he was awarded the R. Benton Adkins Distinguished Service Award of the AACA. He is also a member of the American Association for Anatomy (AAA),Human Anatomy and Physiology Society (HAPS), International Association of Medical Science Educators (IAMSE), and American Dental Education Association (ADEA). He has served on the American Dental Association (ADA) test construction committees for 12 years and is currently serving a second term as basic science consultant for the Commission on Dental Accreditation (CODA).