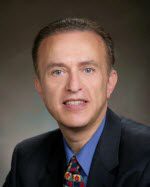 One of our newest Editorial Review Group Chairs, Dr. Massoud Mahmoudi began serving as Chair of Allergy/Clinical Immunology review group in September 2019. Since then, we have sent him 18 books and he and his reviewers have submitted nine reviews.

Dr. Mahmoudi is board certified in internal medicine and allergy and immunology and has been practicing in northern California for the past 19 years. He is president of the American Osteopathic College of Allergy and Immunology and on faculty at University of California San Francisco, Rowan University, and Touro University. He is editor-in-chief of the peer reviewed international journal SN Comprehensive Clinical Medicine by Springer Nature.

After publishing numerous scientific papers, Dr. Mahmoudi became interested in writing academic books. Since 2005 he has authored/edited 10 books. In addition, he was formerly a health/medicine columnist for local newspapers and the San Francisco Chronicle in Northern California. He has been a local and national speaker for communities and academic centers in the areas of allergy and immunology and has appeared as a guest on local television stations and Fox News.