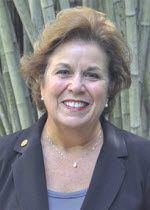 Dr. Linda Connelly has served as Chair of the Medical/Surgical and Perioperative Nursing Review Groups for Doody’s Review Service since 2015. During that time, she has reviewed 36 of the 59 titles we have sent her.

Dr. Connelly currently is faculty at the University of North Florida Brooks College of Health School of Nursing and is a community scholar involved in community transformational learning program.

She is a primary care nurse practitioner and has a PhD, Philosophy of Nursing, from Barry University. Her areas of expertise are simulation, interprofessional education (IPE), emergency, and surgical nursing. Research interests include disaster preparedness, nursing simulation, IPE, and global health. Linda served in the Army Nurse Corps for 25 years, retiring as a Colonel. In the reserves, Linda served as the Deputy Commander of the 345th Task Force in Iraq, Office of The Surgeon General of the Army, Chief of the Army Nurse Corps.

Recognitions include “The Great 100” Nurses of Northeast Florida Nurses Association (2005), District II. In 2006, Dr. Connelly was awarded the Blackboard Greenhouse Exemplary On-Line Pedagogy Course Award and the American Red Cross Influential Nurse Leader Award. She also was selected as FCORN Perioperative Nurse of the Year for 2013-2014.