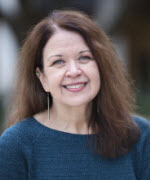 Editor’s Note: In response to reader request, we have added two new features to the DCDM Newsletter, which will appear in alternating months. In odd-numbered months, we will publish the profile of a member of Doody’s Library Board of Advisors (LBA), and in even-numbered months, we’ll feature an account of a library’s successful marketing launch of a new product or service.

The LBA has guided the development of our company’s library services since our inception. With gratitude, this month we present the profile of Janna Lawrence of the Hardin Library for the Health Sciences at the University of Iowa.

As Deputy Director of the Hardin Library for the Health Sciences at the University of Iowa, I manage day-to-day operations, including collection management, at Hardin Library, which is part of the University of Iowa Libraries and serves the Colleges of Medicine, Dentistry, Nursing, Pharmacy, and Public Health, other health-sciences related departments such as Physical Therapy, Communication Sciences and Disorders, and Health and Human Physiology. Hardin is also the professional library for the largest hospital in the state, the University of Iowa Hospitals and Clinics (UIHC). As a state-funded library, we are also open to the general public.

My first position in a medical library was as a library assistant at the Briscoe Library at the University of Texas Health Science Center at San Antonio. I had worked as a library assistant in several types of libraries, but was surprised when I was hired by the Briscoe Library, since I had no medical or even scientific background. Within a few months, I knew that I belonged in medical libraries and, with the support of my supervisor and coworkers, began commuting to library school at the University of Texas at Austin. After graduation, I was hired into a librarian position at the Briscoe Library. I moved to Hardin Library in 2007.

My library is the major health sciences research library in the state. In a perfectly-funded world, I would probably purchase all the books published in the human health sciences. However, even in the flushest of funding years, this would not be possible. Unfortunately, funding is become more and more of an issue as the state of Iowa shifts support away from higher education. We can no longer afford to purchase titles “just in case,” we must purchase books we know our users need. Add to this the fact that most (but not all!) of our users prefer ebooks, and many of those are available only in large leased, and therefore nonpermanent, collections. Because this is an academic research library, I believe we need to keep those older editions for future research, but we cannot afford to both lease and purchase them. Finding the balance between lease and purchase, and hoping the future users will be able to borrow missing editions from other libraries, is a major issue.