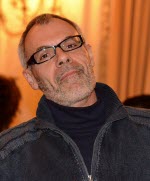 For almost 11 years, Dr. Dimitris Mihailidis has served as Editorial Review Group Chair for Medical Physics for Doody’s Review Service. Since early 2007, he has coordinated reviews of 94 of the 156 titles we have sent him, recruiting 77 reviewers from 54 institutions around the U.S. and Canada.

He is an active member of many professional organizations including AAPM, ASTRO, ANS, APS, and others. He has served as chair and member of many committees and task groups of the AAPM and ASTRO and he has been invited as a speaker to several national and international conferences and meetings. He has been serving the Medical Physics Journal in many capacities since 2002, the last eight years as Editor for the Books and Publications section.

Dr. Mihailidis has authored and coauthored numerous peer-reviewed articles, reports, and scientific abstracts. He has coauthored book chapters and is one of the coauthors of Khan’s Lectures: Handbook of the Physics of Radiation Therapy (Lippincott Williams & Wilkins, 2011). He serves as reviewer and guest editor for many scientific journals in both radiotherapy physics and medical imaging physics.

He has trained many clinical physicists in the clinical environment and has been contributing to the University of Pennsylvania CAMPEP-accredited graduate and residency training programs, either as mentor or as presenting faculty. He also has served as examiner for the oral exam with the American Board of Radiology in Therapeutic Medical Physics.

Dr. Mihailidis has received financial support for R&D and clinical implementation of new technology in the field of radiation therapy. His research interests include new technology approaches in radiotherapy, development of clinical treatment protocols, special procedures, and treatment plan optimization and adaptation.