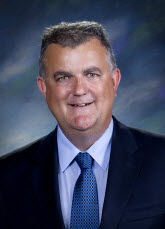 Dr. Peter Constable is only the third person to serve as Editorial Review Group Chair for Veterinary Medicine since Doody Enterprises began reviewing books in 1993, and all three Chairs have been from the University of Illinois at Urbana-Champaign. Following in the footsteps of Victor Valli, DVM, MSc, PhD, and Herbert Whiteley, DVM, PhD, Dr. Constable has been chair since 2014. During his tenure so far, we have sent him 190 books and he has organized reviews of 152 of them, calling on 67 different reviewers.

Dr. Constable has coauthored more than 210 peer-reviewed publications and over 30 book chapters. He is the editor, coeditor, or coauthor of four books, including the 11th edition of Veterinary Medicine: A Textbook of the Diseases of Cattle, Horses, Sheep, Pigs and Goats (Elsevier, 2017). Dr. Constable’s main clinical and research interests include acid-base physiology, fluid and electrolyte therapy, shock, calf diarrhea, internal medicine, bovine mastitis, surgical conditions of the bovine abdomen, biostatistics, pharmacokinetics, and the cardiovascular response to endurance training. Dr. Constable is sought after as a speaker and has given scientific and continuing education presentations in more than 20 countries.