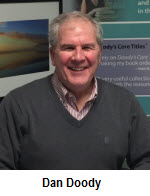 Editor’s Note: Usually this space is reserved for a review of a major electronic database by a librarian. This month we are publishing a tribute to one of the pioneers of modern information science. Eugene Garfield, a pioneering information scientist, founder of ISI (now Web of Science) and a one-time librarian at the Welch Medical Library of Johns Hopkins University, died at the age of 91 on February 26, 2017.

Pioneers often create new fields of study that defy description, and Garfield has been variously characterized as the pioneer of “scientometrics,”[1] the founding father of modern citation analysis, and even “the Godfather of Google.”[2] He broke new ground by commercializing information about information through the company he founded, the Institute of Scientific Information, more famously known as ISI. In essence, Garfield focused on creating the intrinsic value of metadata before we knew it as metadata.

It was at ISI that he started the Science Citation Index (SCI) — a system used to chart connections between pieces of scientific literature — which has morphed into the Clarivate Analytics Web of Science. Other seminal products emerging from SCI include the Journal Impact Factor, first started with selected journals in the 1960s, but finally marketed by SCI in 1975, as well as ISI’s flagship publications, the Current Contents print periodicals, which are compilations of TOCs of the most recent issues of prominent journals organized by topical area. In addition, he launched The Scientist in 1986, a monthly magazine for life scientists.

These breakthrough products owe some credit to Garfield’s education as a medical librarian. After earning an undergraduate degree in chemistry in 1949 from Columbia, he began working in 1951 in the Welch Medical Library of the Johns Hopkins University. He earned an MLS from Columbia in 1954. By 1955, Garfield had developed the framework for a scientific citation index, which he described in what might be his most-cited article in Science (E. Garfield Science 122, 108–111; 1955). He ultimately completed a doctorate, earning a PhD in structural linguistics at the University of Pennsylvania in 1961.

When asked in 2010 if he identified as a medical librarian, Garfield said, “Although I don’t mind being called a librarian, I think it’s more accurate to call me an information engineer or information scientist. I think the scientific community considers me a science communicator. I always considered myself an information engineer, but was forbidden to use that term by the engineering licensing board of Pennsylvania so I called myself an information scientist. Today I am usually referred to as a scientometrician or bilbiometrician, but a more accurate term might be citation analyst.”[3]

His company was bought at least three different times, presenting a case study in the merger-and-acquisitions activity that has shaped STM publishing over the last three decades. JPT Publishing bought ISI in 1988. In 1992, Thomson Reuters bought ISI and the citation index. Now the division is owned by Clarivate Analytics.

On a personal note, Doody’s Review Service™ owes a debt of gratitude to Dr. Garfield. Two years before starting Doody’s Review Service, I went on a Gene Garfield-guided tour of ISI’s headquarters building in Philadelphia with a delegation from the American Medical Publishers Association. It was during this field trip that I understood in concrete terms that one could build a thriving business by providing expert information about information. In addition to the academic book review journal Choice, Garfield’s ISI served as a major inspiration and business model for what have become Doody’s Review Service™ and Doody’s Core Titles®.