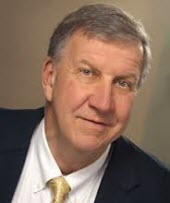 Dr. McKeag was Chairman of the Indiana University School of Medicine’s Department of Family Medicine from 1999 to 2009, and is the OneAmerica® Professor Emeritus for Family, Sports and Preventive Medicine and founding Director of the IU Center for Sports Medicine. He is also credited as one of the founding fathers of the field of primary care sports medicine in the United States.

He currently serves as Adjunct Professor of Family and Sports Medicine at Oregon Health and Science University in Portland, Oregon. He also serves as Medical Consultant to OneAmerica Financial Partners, the National Collegiate Athletic Association, and the American College of Sports Medicine. He served as Chairman of the Advisory Board of Directors of the Indiana Schweitzer Fellows Program, a service learning program for professional students. He just completed coauthorship of the American Academy of Neurology’s comprehensive Position Statement on Concussion. He serves on the U.S. Lacrosse Sports Science and Safety and the Men’s Game Committee and was team physician for U-19 National Men’s World Champion Team.

After receiving his medical degree from the Michigan State University College of Human Medicine in 1973, Dr. McKeag completed his internship at the Presbyterian Hospital, Pacific Medical Center in San Francisco in 1974. Following completion of a family practice residency at the Grand Rapids Area Medical Education Program in 1976, Dr. McKeag completed concurrent fellowships in family practice and adolescent medicine in 1977.

From 1977 to 1995, Dr. McKeag was a member of the Department of Family Practice at the College of Human Medicine at Michigan State University. He served as the Director of Research, MSU Coordinator of Sports Medicine, and Associate Chairman of Education. He also headed the Track II problem-based curriculum for College of Human Medicine. He is currently a board member of the Michigan State University CHM Alumni Board. From 1995 to 1999, Dr. McKeag was Director of Primary Care Sports Medicine and Vice Chairman for the Departments of Family Medicine and Orthopedic Surgery at the University of Pittsburgh, where he held the Arthur J. Rooney Sr. Chair for Sports Medicine.

Known for factual and informative presentations, Dr. McKeag continues to be highly sought after on the lecture circuit at state and national assemblies. He is an accomplished author on a variety of medical and sports medicine topics. Dr. McKeag contributes as a named source and reference in national magazines such as Newsweek, Sports Illustrated, ESPN, NBC, Lifetime Television, and the New England Journal of Medicine.

In 2003, Dr. McKeag received the Citation Award from ACSM. Later that same year, he led a sports medicine delegation of physicians to Vietnam, sponsored by People to People Ambassador Programs. He was the conference chairman for Rendezvous 2004 and executive program director and governor of Rendezvous 2008, an international symposium on sports medicine. Dr. McKeag currently serves on the editorial boards of nine medical journals. His most recent two books are Handbook of Sports Medicine and Science, Basketball (Wiley-Blackwell, 2003), for the International Olympic Committee’s Medical Commission series, and the second edition of ACSM’s Primary Care Sports Medicine (Lippincott Williams & Wilkins, 2007).

Dr. McKeag chaired the Indiana Arthritis Initiative, an outreach of the Indiana State Department of Health. In 2006, he was presented the State Health Commissioner Award for his service to the State of Indiana. He was appointed by Governor Mitch Daniels to the Indiana Health Care Reform Core Committee in 2008. In 2011, he gave the Distinguished Visiting Alumni Lecture for the College of Human College at Michigan State University. Dr. McKeag was bestowed the Essence of IUPUI Outstanding Faculty Award in 2009. Currently he serves on the boards of the Honduras ENLACE Foundation, OurHealth, Inc., and Community Healthplex Sports Club.