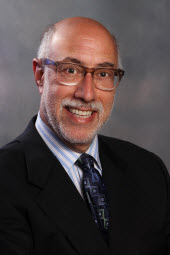 Since the very beginning of Doody’s Review Service in 1993, Dr. Dana Lawrence has been our Editorial Review Group Chair and virtually the sole reviewer in Chiropractic. Over the years, we have sent him 126 books and we have published 119 reviews, 116 of which he authored. He is also our most efficient reviewer, most often submitting his considered, thoughtful reviews within 24 hours of receiving the book.

He was also editor for two text series, Yearbook of Chiropractic and Advances in Chiropractic, both of which were published through the Mosby Year Book Company. He has published a number of textbooks, including Fundamentals of Chiropractic Diagnosis and Management and Chiropractic Technique (with Drs. Tom Bergmann and David Peterson). He serves on more than 20 editorial boards and is also associate editor for several. He has been a merit reviewer for the Foundation for Chiropractic Education and Research, and for the Health Resources Service Agency (HRSA) in both their Chiropractic Demonstration Grants program, the Interdisciplinary Training for Rural Health Care program and other programs related to delivery of healthcare in rural settings.

In 1998, Dr. Lawrence was named “Researcher of the Year” by the Foundation for Chiropractic Research and Education for his service to the profession. He has also been awarded a Presidential leadership Award from the American Chiropractic Association and in 2013 was named Academician of the Year by the ACA. Dr. Lawrence serves as chair for the institutional review board (IRB) for Genesis Health Care in Davenport, IA. In addition to his DC degree, Dr. Lawrence has earned master’s degrees in medical education (MMedEd) from the University of Dundee and bioethics and health policy (MA) from Loyola University Chicago.