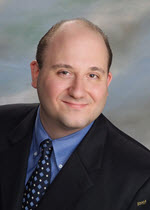 Nicholas Greco became Editorial Review Group Chair for Clinical Psychology in 2001 and added Medicolegal Issues in 2003, but he actually began reviewing books for Doody Enterprises in 1999, as a reviewer for Howard Kravitz, DO, MPH, who is Chair of the Psychiatry Editorial Group. Because of the volume of books published in Clinical Psychology, switching from reviewer to Chair was a significant shift. Since 2001, we have sent him over 3,300 titles, and he has organized reviews of 1,183 of them. He personally has reviewed 300 books for Doody’s Review Service.

Mr. Greco is president and founder of C3 Education and Research, Inc., a biopharma consulting firm. Prior to that, he held multiple positions over a nearly 12-year career at Abbott Laboratories where he was Clinical Research Manager of Psychometrics and Assessment for Research and Development. He has served as a sub-investigator, primary clinical research coordinator, and rater for clinical trials in psychiatry and neurology. He has served as a rating specialist on research protocols in psychiatry, neurology, pain, antiviral, and immunology. He has given over 140 professional presentations, both nationally and internationally, and has published a number of articles in psychiatry and psychology. In addition, he has authored a wide range of supplements for introductory, abnormal, social, and child and adolescent psychology as well as psychopharmacology texts for major publishing houses. He served three years as co-chair of the C-Path working group for depression.

Mr. Greco received his undergraduate training in psychology from Benedictine University, his certificate of clinical training in post-traumatic stress disorder from the National Center for Post-Traumatic Stress Disorder Clinical Laboratory and Education Division, his Master’s degree in psychology from DePaul University, and his certification in acute traumatic stress management from the American Academy of Experts in Traumatic Stress. He is a Diplomate, American Academy of Experts in Traumatic Stress.