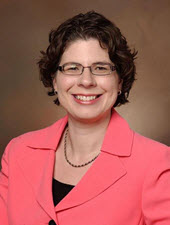 Note: This article is based on a poster presentation at the 2014 Annual Conference of the Medical Library Association (http://hsrc.himmelfarb.gwu.edu/libfacpres/74/).

In 2013, the Himmelfarb Health Sciences Library found itself facing a combination of challenges and opportunities that made a comprehensive review of its monograph collection an imperative. Several new programs had been added to the schools that the library supports, the library desired to move to a liaison-centered collection development program but the various collections were woefully out of date or underdeveloped, and the library had just migrated to a new integrated library system which allowed for the easy creation of detailed collection lists. The purpose of the monograph assessment project was to refresh the heavily used areas of the collection, to augment newer subject areas, to ensure adequate overlap between the print and electronic monograph collections, and to familiarize the liaisons with the library’s holdings in their subject areas.

Using lists generated via the ILS, the library’s holdings were organized into 29 broad subject areas and the data was entered into an Excel spreadsheet, along with cost and data usage which also originated from the ILS. Each subject area was then manually matched with up to two departments. The data was then loaded into an Access database where historical and statistical summary reports were then generated for 47 departments. Each department report included an age of collection report, a report of the highest circulating titles for the past five years, and the Doody’s Core Titles list for that area. The electronic holdings for that subject area also were included in each department report. The lists were annotated to note if new editions were available and whether any titles were already on order, in any format.

A committee was formed to review the data for each department. The historical use data facilitated the identification of heavily used titles. The review committee used this opportunity to add those titles to the library standing orders. The data also quickly identified the subject areas that were either dated or had limited holdings, and more purchases were made in those areas.

The entire project lasted approximately eight months and resulted in the purchase of 1,229 new titles and 122 board review titles by the library. One of the main reasons for undertaking the project was to better prepare for the new liaison-driven collection management model. The departmental liaisons were provided with copies of the reports, as well as a list of the newly ordered material. This allowed the liaisons to better familiarize themselves with the collection and to relay the purchase information to the individual departments.

The project was viewed as very successful. The departments were quite pleased with the attention that they received, the collection received a much-needed refresh, and, armed with the knowledge that the collection was now current, the liaisons felt more confident with their new selection duties.