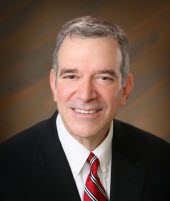 For the past 15 years, Dr. Marvin Bittner has served as Editorial Review Group Chair in Infectious Diseases for Doody Enterprises, overseeing a vast network of 121 reviewers from 59 different academic medical institutions and hospitals across the U.S. and Canada. He and his reviewers are responsible for expert reviews of 422 of the 588 titles we’ve sent him since 1999.

Dr. Bittner is Associate Professor of Internal Medicine and of Medical Microbiology and Immunology at the Creighton University Medical Center and a physician who is an infectious diseases specialist practicing in Omaha. He serves as chief of infectious diseases and hospital epidemiologist at the VA’s Nebraska Western Iowa Health Care System and is director of the infectious diseases fellowship training program of Creighton University School of Medicine. He is also Adjunct Associate Professor (Clinician, Volunteer) at the University of Nebraska Medical Center and he has staffed the Creighton physicians’ Travel Clinic for over 25 years. He himself has traveled to Latin America to supervise medical students on service trips 17 times. He previously served on the board of the Global Health Education Consortium. He is Past President of the Metro Omaha Medical Society and serves as editor of its bimonthly magazine. He is a Fellow of the American College of Physicians, of the Infectious Disease Society of America, and of the Society for Healthcare Epidemiology of America. He is board certified in internal medicine and infectious diseases.

His SB (chemistry) is from the University of Chicago and both his MD and MSc (clinical epidemiology) are from Harvard. His internal medicine residency was at the University of Michigan Affiliated Hospitals and his infectious diseases fellowship was at the University of Minnesota, where he was supported in part as a Research Training Fellow in Sexually Transmissible Diseases of the Venereal Diseases Research Fund of the American Social Health Association. He completed the Program in Clinical Effectiveness sponsored by the Brigham and Women’s Hospital, the Massachusetts General Hospital, the Harvard Medical School, and the Harvard School of Public Health, earning his MSc in epidemiology, with a master’s project on hand hygiene. He earned the Certificate of Knowledge in Clinical Tropical Medicine and Travelers’ Health from the American Society of Tropical Medicine and Hygiene.

Dr. Bittner has received seven teaching awards and nominations from medical students at Creighton and Nebraska. In 2008, the Nebraska Chapter of the American College of Physicians honored him with their Volunteerism and Community Service Award. Last year he received their Laureate Award. He has been recognized multiple times as one of the top reviewers for Annals of Internal Medicine. Since 2001, he has been repeatedly honored as one of the “Best Doctors in America.” He has received multiple cash incentive awards for his service to the Veterans Health Administration. For seven months in 2013-14, he served as Acting Chief of Staff of the VA’s Nebraska Western Iowa Health Care System. His numerous publications have appeared in over a dozen peer review journals.