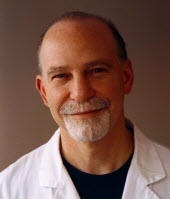 One of our original Editorial Review Group Chairs, Dr. Steven T. Rosen received his first shipment of Hematology/Oncology books for review on March 29, 1993. Over the subsequent 21 years, he has remained committed to Doody Enterprises’ mission of providing critical, timely evaluation of the book literature. During that time, we have sent him 1,248 books and have published 517 reviews, written by over 200 experts he selected as reviewers.

Dr. Rosen was recently appointed Provost, Chief Scientific Officer and Director of the Cancer Center for the City of Hope, after serving as director of the Robert H. Lurie Comprehensive Cancer Center at Northwestern University Feinberg School of Medicine from 1989 to 2014. He is Editor-in-Chief of Cancer Treatment and Research. He also has served on the external advisory boards of more than a dozen cancer centers, is on the board of the American Society of Clinical Oncology’s Conquer Cancer Foundation, and is the Chairman of the Leukemia & Lymphoma Society’s Medical and Scientific Advisory Board, where he also serves on the board of directors.

Following his graduation with distinction from Northwestern University Medical School’s Six-Year Honors Program in 1976, Dr. Rosen completed his residency in internal medicine at Northwestern and a fellowship in medical oncology at the National Cancer Institute. His laboratory research focuses on experimental therapeutics and hematologic malignancies, and he has received funding and grants from the National Cancer Institute, American Cancer Society, Leukemia & Lymphoma Society of America, and Multiple Myeloma Research Foundation, among others. He has published more than 400 scientific papers, editorials, books, and book chapters.

Dr. Rosen was the recipient of Northwestern University Medical School’s Alumni Achievement Award (1994), the Martin Luther King Humanitarian Award from Northwestern Memorial Hospital (1995), the Marv Samuel Award from the Chicago Baseball Cancer Charities (1996), recognition from the Women’s Board of Northwestern Memorial Hospital for Compassionate Care (1996), and Israel Cancer Research Fund, Man of Distinction Award (2011). He also has been acknowledged in Best Doctors in America and Best Doctors in Chicago.