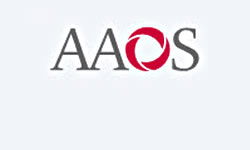 The American Academy of Orthopaedic Surgeons has a robust society publishing program. Over the past year, we’ve received 19 titles from AAOS in Orthopedics and Sports Medicine and published reviews of eight of them, with five still out for review. Not surprisingly, reviewers rated all of them 3 stars or higher. Doody’s Core Titles 2013 features three titles from AAOS on the Orthopedics and Sports Medicine lists – and one appears on both lists. AAOS titles are also available in digital format, not only from its own site, AAOS eBooks, but also from other aggregators’ platforms, including STAT!Ref, R2, eBooks@EBSCOhost, and GOBI.