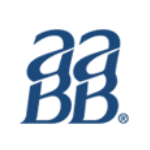 AABB, formerly the American Association of Blood Banks, is the premier publisher for publications in the blood banking and transfusion medicine field. AABB publishes books under two publishing names, AABB and AABB Press. We receive books published under the AABB name, which focus on the organization’s activities as they relate to standards, guidance-developing activities, and committee work, and are written by volunteer committee members as a direct charge from the AABB Board of Directors. Books developed under AABB Press include authoritative books and training manuals that focus on a wide range of timely reference and research-oriented topics in blood banking and transfusion medicine, as well as related aspects of hematology, immunology, and genetics.