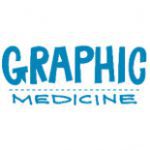 Founded in 1956 as the publishing arm of the Pennsylvania State University and a division of the Penn State University Libraries, the Penn State University Press publishing program focuses on the humanities and social sciences. In 2015, Kendra Boileau, Assistant Director and Editor-in-Chief of Penn State University Press, introduced the Graphic Medicine book series with the publication of the Graphic Medicine Manifesto (Czerwiec et al.), which established the principles of graphic medicine. Since then, the series has grown to include a number of widely reviewed graphic novels and comics anthologies, all of which have helped to define the field of graphic medicine. The series includes comics used in medical training and education, providing a creative way to learn and teach. For healthcare practitioners, patients, and families and caregivers dealing with illness and disability, graphic narrative enlightens complicated or difficult experiences.

Last year, Penn State University Press sent us six titles in the series and, so far, we have published reviews of four of them. Just recently, we received four more titles which we are currently adding to our database.