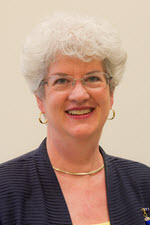 Note: This article is based on a poster presentation at the 2014 Annual Conference of the Medical Library Association.

In an era of increasing budget constraints and decreasing circulation, the West Virginia University Health Sciences Library began to seek more cost-effective options to meet our patrons’ needs for instant access in 2012. With state-mandated budget cuts, we could no longer purchase books they might want “just in case,” nor could we add a subscription to every journal that specialists requested. Therefore, we have implemented a variety of patron-driven acquisition (PDA) methods over the past couple of years. Our first attempt at PDA involved our “Fast-Acq” program, where book titles requested through interlibrary loan (ILL) were purchased for the library. Previous research has indicated that ILL purchase-on-demand books circulate more than books acquired through traditional channels, and result in much lower percentages of idle books and dollars spent on them[i]. In its first few years, our Fast Acq program purchased 72 books, 89% of which have been checked out at least once, and 38% of which have circulated between two and 29 times.

Spurred by the success of this program, our library system implemented a demand-driven approach to ebook purchasing in the spring of 2013. Inclusion criteria for ebook records in our catalog were nonfiction titles in English published in 2010 or later that had a list price of $200 or less. The first few accesses are considered short-term loans; titles are not purchased until they are accessed five times. Of 649 PDA orders in this collection over the last year, only 41 were health science-related, and only two of those titles resulted in a purchase; the rest were short-term loans. Total cost of these accesses and purchases for our library was about $ 1,150, or $28/use.

Our latest venture into the world of patron-driven acquisitions has been with Rittenhouse’s R2 Digital Library. In this model, the first two accesses of a title are free. Upon the third access, the book is placed in a shopping cart for the librarian to determine whether to purchase the book. Our initial PDA collection with Rittenhouse consisted of 189 Doody’s Core Titles which we did not already have either in print or e-format. These books are discoverable either through our library catalog or through Summon. In the first seven months of this program, we have had five of the original 189 titles trigger a purchase. There have been 17 titles that have had one use, and two that have had two uses. Of the five titles purchased, all have been used several times, with a high of 42 content retrievals from the book Cardiac Nursing. The cost of these books for the library has been roughly $2,400, certainly less than the cost of purchasing all 189 original titles, and averaging about $21/use. Our system of analysis of e-journal requests has resulted in the most significant savings for the library. To fully analyze patron requests for new e-journals, a system has been put into place whereby past ILL requests are tracked and costs of a subscription vs. future ILL transactions, including “Get It Now” and consortial agreements, are determined. Of 12 journal titles requested in 2013, none were requested enough during the previous five years through interlibrary loan to justify a subscription. Their total cost would have been approximately $20,000/year; because of reciprocal borrowing agreements and use of “Get It Now,” the library spent only $2,500 on interlibrary loan costs for these titles, and in many cases, obtained the articles needed within hours.  A recent study by Goedeken and Lawson found that in the LC Class “R,” patron usage of demand-driven ebooks was almost double that of those selected by librarians[ii]. Patron-driven acquisitions can successfully meet the needs of researchers, faculty, and students. Their advantages include quick accessibility to a wide range of information resources, increased user satisfaction, and cost savings for the library.